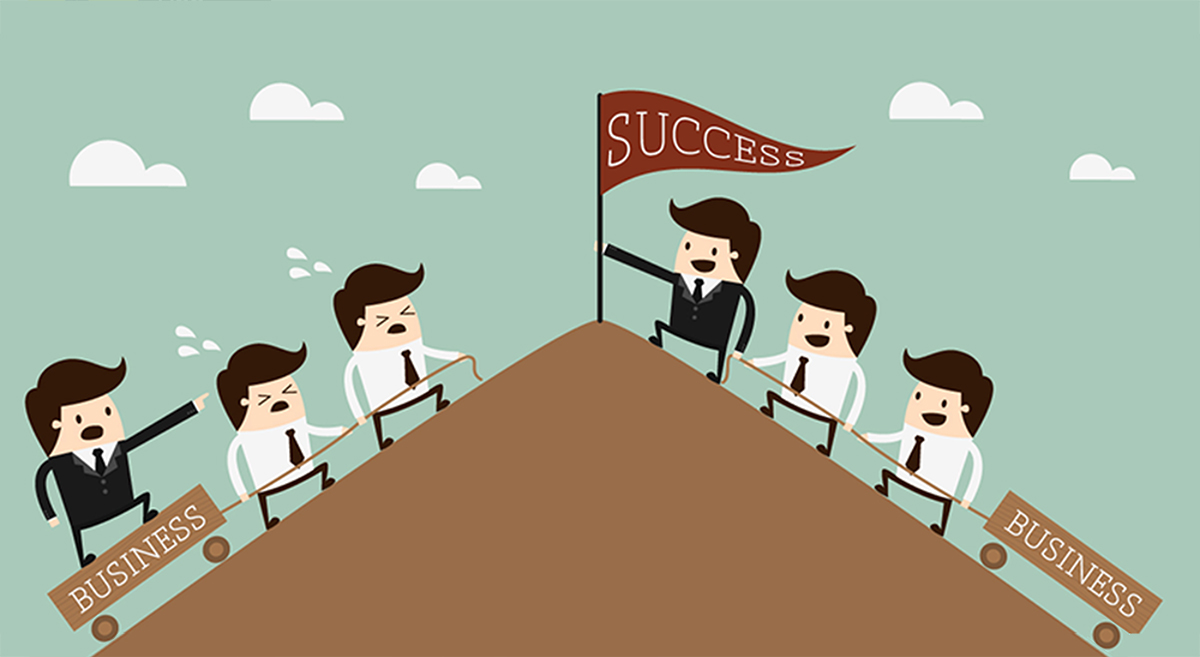 Companies are like people – no two are the same. With all the diversity of culture and leadership styles out there, which is better for your company environment: the ‘tight ship’ approach or the ‘caring environment’ approach?

The benefits of the first approach are obvious: save resources that you would otherwise spend on human resource management and better office conditions and equipment. With a healthy company environment, though, instead of viewing these activities as spending, you view them as strategic investments. In this article, I’ll present 5 reasons why the latter approach is more cost efficient in the long run.

Reason #1: The “carrot” Is a Bad Motivator

Counter to popular belief, materialistic gain in itself is a poor motivator. If you think you can save on overhead, run a very tight ship, and simply dangle a money carrot in front of your employees to keep them motivated, a whole body of research says you might want to think again.

In a study performed by Princeton psychologist Sam Glucksberg, two groups of people were given a task known as the ‘candle problem’. The goal was to connect a candle to the wall so that wax would not drip on the table. As tools they could use a box of tack and matches.

The first group was told they were simply being timed for an average, whereas the second group was promised money if they finished in the top 25%. Surprisingly, the second group completed the task an average 3.5 min later! All this to say, money is not the best incentive when even a little creative thinking is involved.

If money is a bad motivator, why not save money by reducing employee salaries? As New York Times bestselling author Daniel Pink explains, employees should be paid enough so that it’s no longer an issue for them and they can focus on their work:

If someone’s baseline rewards aren’t adequate or equitable, her focus will be on the unfairness of her situation and the anxiety of her circumstance. … You’ll get very little motivation at all. The best use of money as a motivator is to pay people enough to take the issue of money off the table.

People are not mechanical machines – it takes time for them to adapt. Employee training is an organic growth process. This applies not only to acquiring new professional skills to do the job right but also to adapting to the team and learning how to work together for greater synergy.

Moreover, without a company environment that allows for growth, employees will not be able to appreciate what they are doing. People are emotional beings and everyone wants to feel like they’re making a difference.

This reason builds on the previous one: if learning is an organic process, the greatest gains from your employees are down the line. To illustrate this point, imagine planting an apple tree sapling that you expect to bring you apples. Yet after a while, this small tree is uprooted because of unfavorable conditions. Then this process is repeated over and over again with new saplings.

Sounds ridiculous, right? Yet this is exactly the situation at the majority of companies out there and it’s no surprise they stay average. Employers who fail to understand the simple fact that progress is organic and not mechanical are paying dearly. Long story short, don’t forget about your employees.

Reason #5: It’s All About the Energy

It might sound cliché but everything in the universe is energy, and it’s either abundant or scarce. Quite simply, trying to manipulate and control employees to get them to do what you want is the scarcity approach. Real energy is always intrinsic, so the best approach is to provide a company environment that allows for intrinsic motivation to flourish.

The solution is simple: hire the right people and simply provide the right conditions for them to grow. As Jim Collins, author of ‘Good to Great’, puts it:

The moment you feel the need to tightly manage someone, you’ve made a hiring mistake.

When people are intrinsically motivated, it’s easier for everyone. For the employees, because they’re not acting out of anxiety and are happy to contribute. And for leadership, because their team, instead of being an energy drain, acts as leverage for attaining greater heights.

Nika is an independent digital marketer with a real passion for the world of customer service who has been working in the field for the last 10 years. She was born and raised in Kyiv, Ukraine which is where she lives now with her adorable Yorkshire Terrier. Nika loves doing a deep research of modern customers’ behavior which makes her a real pro in understanding their preferences and interests. She loves travel, technical diving, and sports.

Nika is an independent digital marketer with a real passion for the world of customer service who has been working in the field for the last 10 years. She was born and raised in Kyiv, Ukraine which is where she lives now with her adorable Yorkshire Terrier. Nika loves doing a deep research of modern customers’ behavior which makes her a real pro in understanding their preferences and interests. She loves travel, technical diving, and sports.