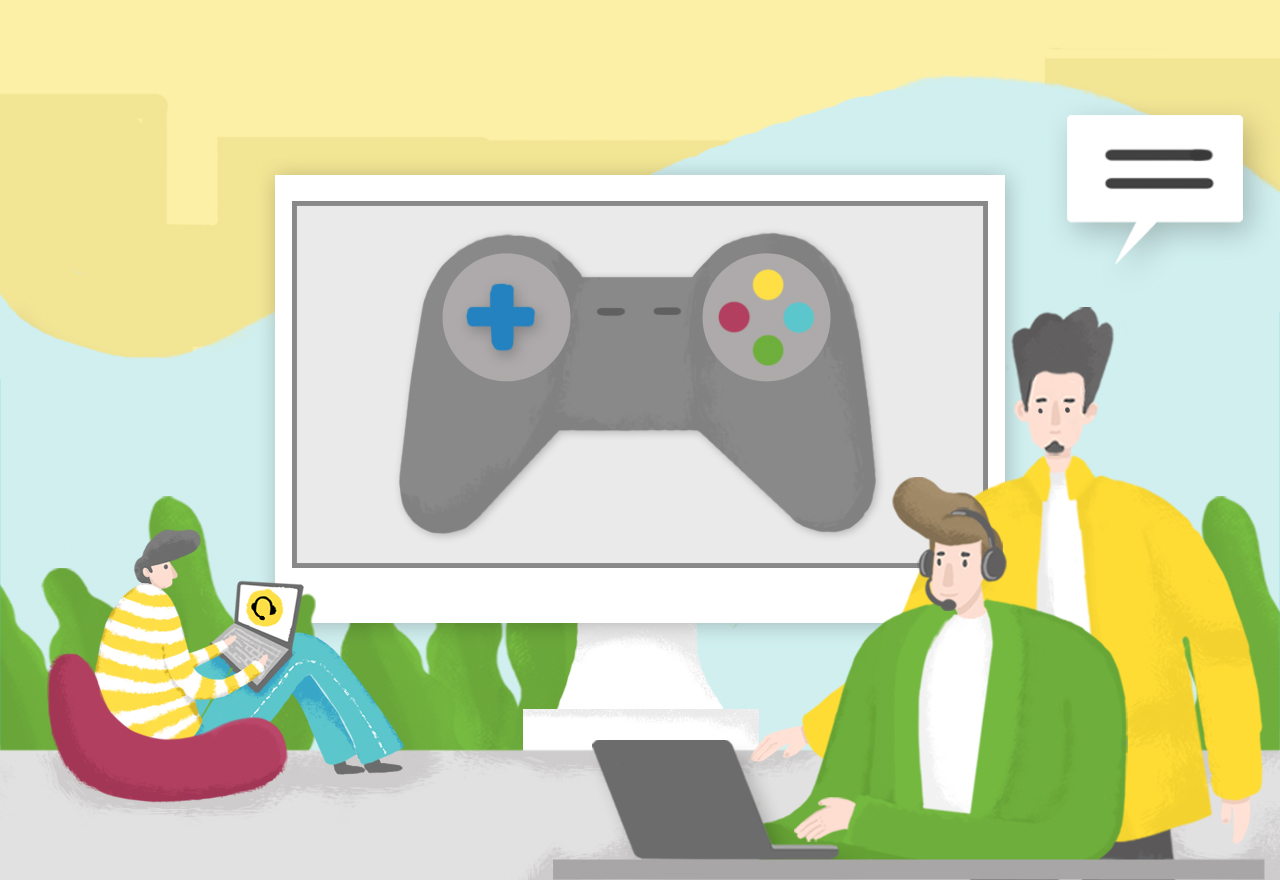 The gaming industry is one of the fastest growing industries in the present market. 3 billion gamers are estimated to have poured in around $160 billion this year alone. The number of gamers is also growing year after year by around 6.5%. This means that in just 5 short years we will see 3.5 billion gamers.

With growth like that the gaming industry will have to cope with an increasing demand and produce more content to please the auditorium. As a result, support for players will gain more popularity as their number climbs higher. And we have to be ready to support those who use games as a day-to-day tool for relaxation, rest or education.

There are several stages of game development:

Knowing and understanding the development process gives us some head time to create a knowledge base for the players. It will help resolve difficult cases and provide better support as soon as such need arises.

Top Gaming Markets and Their IT Support Needs

The gaming industry is a tree with lots of branches. Each of them requires a different support style and a team that can effectively communicate with the players.

The VR gaming segment is on the rise. Users’ spending on VR apps and content is expected to grow to $3.77 billion over the next year, which is some increase from $2.54 billion just a year ago. Total revenue of the industry was predicted to grow beyond $23 billion in 2020. And the numbers will only increase. In fact, Polaris Market Research predicts VR segment to become a $48.2 billion market in the nearest time.

Among the best VR games are Half Life: Alyx, Walking Dead: Saints and Sinners and L.A. Noire: The VR Case Files.

This gaming genre is predicted to hit a $17 billion market price by 2023. And even though playing to learn might seem weird, games are widely used by university students, preschoolers and even different government agencies.

What skills can games help develop? Easy — languages (Learn Japanese to Survive — Hiragana Battle/Katakana Wars), history (Age of Empires 2), mythology and cultural lore (Never Alone) and so on. Granted, these can help gain general knowledge rather than some specific skills. But it is still a great way to learn and relax at the same time.

First-person shooters, stealth, role-playing, fighting — all of these can fit under a general “action” definition. And the users there usually require easy and quick fixes to the bugs they come across.

They are famous for their willingness to help fellow players. They create and require knowledge bases and forums where they discuss the options of playing through, different bugs and mods for their favorite games. In this case, a support team needs to take part in creating a knowledge base and go through different forums to have a real understanding of what problems gamers face and overcome.

What is the most frequent issue online gamers have? Probably bad connection and server issues. After all, their victories in multiplayer online games depend on how good their internet and server connections are. Those in player support need to know why, when and which server went down and when it will be repaired. They also need to know how to calm down a player who was robbed of a winning streak.

Saying every gaming genre needs a different support style would overcomplicate things. There is just a handful of points every support team must know to provide the best gaming industry support.

Gaming Industry Customer Support  — Doom or Save the Game

It might not be as obvious but gamer support is gaining more importance. The publishers are starting to realize a good customer service is more than a simple gimmick. It can be a cool feature that has the chances to help generate more revenue and one of the cornerstones of their success within the industry.

There are several points we can implement to provide the best customer support for the players:

Speaking the same language with the players is of great importance. This is why those who provide support to the gaming industry must understand the game, know what the players are talking about and where the issues might occur. It will make sure the users are satisfied not only with the game but with the support services as well.

For example, the VR market has a unique set of support needs. The gamers require the support team to have a deep understanding not only of the VR set they use, but of the mechanics of the game they play. Those supporting VR games need to go deeper into the technical side of the segment to provide good player support and service.

2. 👌 Be as flexible in your customer support as possible

A player support team comes across different issues and tickets on a regular basis. The difficulty of inquiries vary according to the game’s complexity and pace of development. This means a player support team must be flexible and adaptable to suit a player in any mood and with any issue.

3. 💬 Gather and use player feedback

Players’ feedback is one of the most important things. If the support team can’t satisfy the gamers in accordance with their feedback, they won’t trust the publisher. Examples of this, among others, include Atari, Lionhead Studios and Sega.

How Does the Gaming Industry Support Differ From Regular Support?

What can improve customer satisfaction rate in gaming?

These three are the founding pillars of the best customer service and support for the gaming industry.

Editor at Large, at Support Your App.