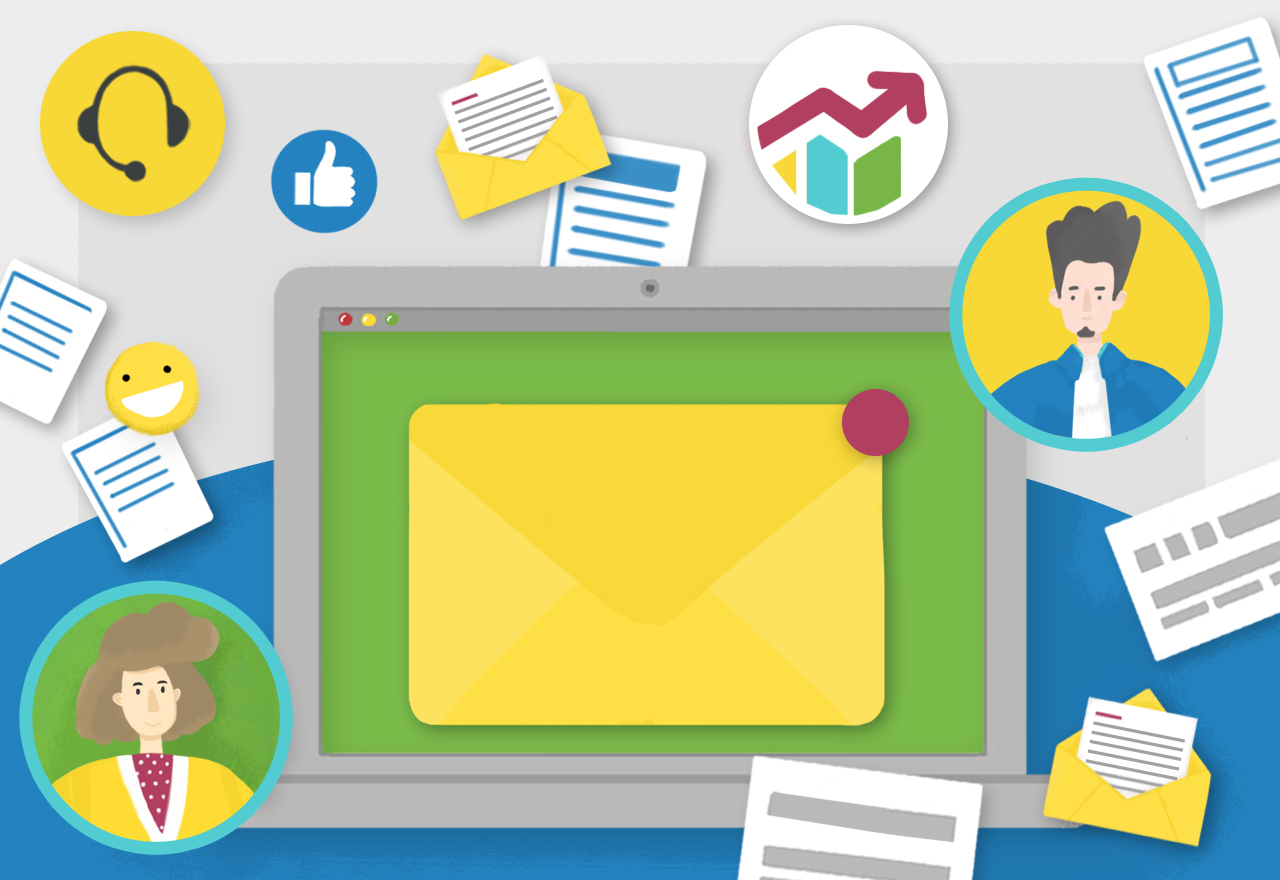 There are two pillars of every business — loyal and new customers. And there is no way of telling which one is more important as both of them form a customer base and need a lot of attention from the vendor or service provider.

But, it is crucial to understand that they have one common need — receiving an excellent customer support no matter whether they have been a loyal customer for years or have just bought something from you. And here is where the conflict of the groups might start.

You see, to attract new customers, businesses run different ad campaigns. After they are launched, a flow of new people comes into contact with the product or a service. And some of them are going to need to contact your customer support team to resolve possible issues and grievances that they have with the said product or service.

❗ But, bear in mind that they are not going to come instead of your existing customers, but rather will add to their number.

If you don’t have a good level of customer support, you shouldn’t even bother launching advertisement, as you lose more than you gain. So, how to understand that you can afford launching an ad campaign, what are the most common mistakes and under what circumstances do you need to kill it?

Ad campaigns — what are the pitfalls?

Launching an ad campaign is not a simple task. And it is very easy to make a mistake here. So, let’s try to get them out of the way by acknowledging them right on the spot.

What are the most common mistakes of an ad campaign?

1. Not informing a support team about the incoming campaign

Usually the support team consists of a fixed amount of people who know what their workload is and can adequately manage their time around it. If they are not aware of the new flow of the customers that is going to appear as a result of an ad campaign, they will not understand where the new inquiries are coming from and what to do with all of them. As a result, your entire support operation, be it an in-house or an outsourced team, can collapse.

2. Not stopping the ad campaign if it is failing

One of the human strengths is admitting their own failures and mistakes. It is just the same here. If you see that your support team sees a huge inflow of the requests, linked to your ad campaign, it means that the longer it stays on, the worse it is going to get. A failed campaign that is bringing a lot of strain on your support team has to be stopped completely.

‼️ Failing to stop an unsuccessful ad campaign is going to lead to significant decrease in UX satisfaction rate and will ultimately result in the business’ rates decreasing. As a result, you are going to spend much more on repairing your spoiled reputation, than you could have spent on just stopping the campaign in the first place.

3. Not pausing a successful campaign if it is causing a lot of strain on the team

Just like a failed campaign must be stopped, a successful campaign must be paused if it is bringing so many customers that a support team and other resources are failing to manage and deal with flow. Pausing a campaign is a totally normal practice that can be implemented to do both — make the workload of the consultants manageable and the UX pleasurable.

‼️ Note: we are talking about a digital campaign and NOT about TV, billboard or radio advertising. These are impossible to stop, so, when launching them, it is crucial to assess the inflow of the customers correctly and be prepared for them, otherwise your entire support system is going to get overflown and will ultimately fail to satisfy all the end users. It can lead to some of them abandoning your services or product due to bad experience with the support team.

Assessment and evaluation — can you handle an ad campaign?

Of course, sooner or later every business comes to a realization that they need more exposure and more advertising. But, before doing anything in that direction, there is a real need to think — can the business and the support team handle an ad campaign? How to ensure that they can?

As was already stated before, failing to communicate with the support consultants and not informing them about the future changes can truly lead to catastrophic events. Talking to the team and assessing whether they can really handle the workload will be a game-changer. Plus, it is going to help you understand whether you need to expand your team (more on that later) or can leave it as it is.

It is not only the number of the people within the team that you need to asses, but the quality of the services that they provide too. Study the team’s KPI and look for the areas for improvement. Make sure to launch the campaign only after everything is fixed and running smoothly.

For example, we at SupportYourApp make sure that the customer satisfaction rate is not lower than 95 percent. If it falls lower, we carefully study the reasons for it and conduct talks with the consultants to ensure that our performance as an outsource customer support provider is always top-notch for our clients to launch an ad campaign.

We at SupportYourApp do not prioritize the end-users by their longevity with our clients, but rather by their moods — angry and dissatisfied customers get their answers first as they are the ones who tend to leave negative reviews and, as a result, can lower the KPIs. Our in-house tailored tool QUIDGET helps us ensure that all the customers get all their questions answered and their tickets resolved based on how urgent and angry their request is.

In-house vs outsource — which is better when launching an ad campaign?

Of course, when building a support team, there is an eternal question: which way to go and what to choose? But, in our present context it is important to understand that an outsource support team has one very important advantage — it can be expanded for the time of the campaign and then shrunk back in the blink of an eye. Outsource team of support consultants is more flexible and will be fully dedicated to making your run through an ad campaign smooth for you and your customers.

🤩 Launching an ad campaign might be tough. As soon as it is on, no matter which source we are talking about, you must be prepared for the inflow of the customers and prepare your support team for it as well. You also have to balance between maintaining its success and keeping your loyal customers satisfied. This is the exact balance that a flexible outsource support team can help you maintain throughout the entire campaign.